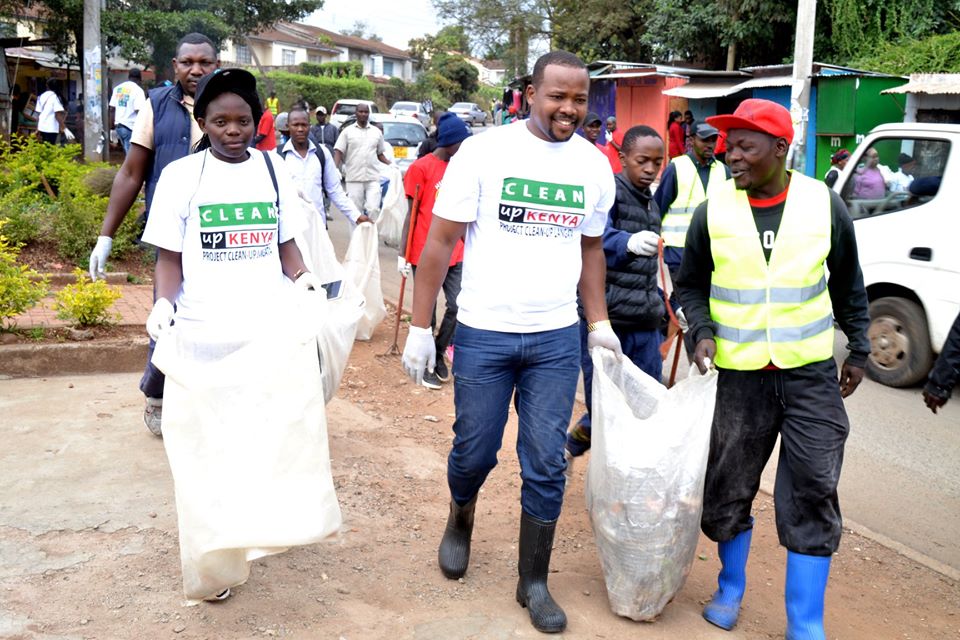 Clean Up Kenya was in Langata this past weekend to launch Project Clean-Up Langata. We were joined in this campaign by Hon. Nixon Korir, the area Member of Parliament, Mr. Douglas Kithyaka, an aspirant in the Langata Member for Parliament elections in the last two elections, Mr. Abdullahi Ahmed and Michael Memusi who are local leaders and other leaders. Mr. Haroun Kiptum, the area Ward Administrator was also present. Over 300 volunteers including 107 children.

As is customary to do in our community waste actions events, we conducted a Kids Sanitation Clinic for the 107 children who attended. The highlight of which once again was the under 13 years football tournament which this time saw Atlas FC pip Pirates FC 5-1 to the trophy.

Clean Up Kenya Ambassadors from Debbie Oyugi Kids (aged between 4 to 14) were honoured to have the chance to present the awards and certificates to the winners and other participants including the adults. Presley Orango handed out the trophy to Atlas FC with Marie Malaika and Lndysay Moraa, being the ambassadors representing Nairobi County, giving out the keynote speeches.

Children were taken through mentoring on public sanitation, wrote letters to their Governors inviting them to join the #CleanUpKenyaCoalition and took a pledge to not litter again. The pledge was administered by Clean Up Kenya Founder and CEO, Mr. Betterman Simidi.

Coach Bob of Atlas FC then hosted the participants for a late lunch at Uhuru Gardens Primary School where we also cut a birthday cake to celebrate our January to June Ambassadors for turning another year.

Hon. Korir observed that it is time Kenya’s middle class started being involved in community projects and asked the County Government of Nairobi to ensure regular collection of garbage is done in estates. This is expected to be a monthly project which will see different activities being done including greening of schools and public spaces.

DON’T MISS ANY OF OUR ARTICLES

We use cookies to ensure that we give you the best experience on our website. If you continue to use this site we will assume that you are happy with it.OkPrivacy policy